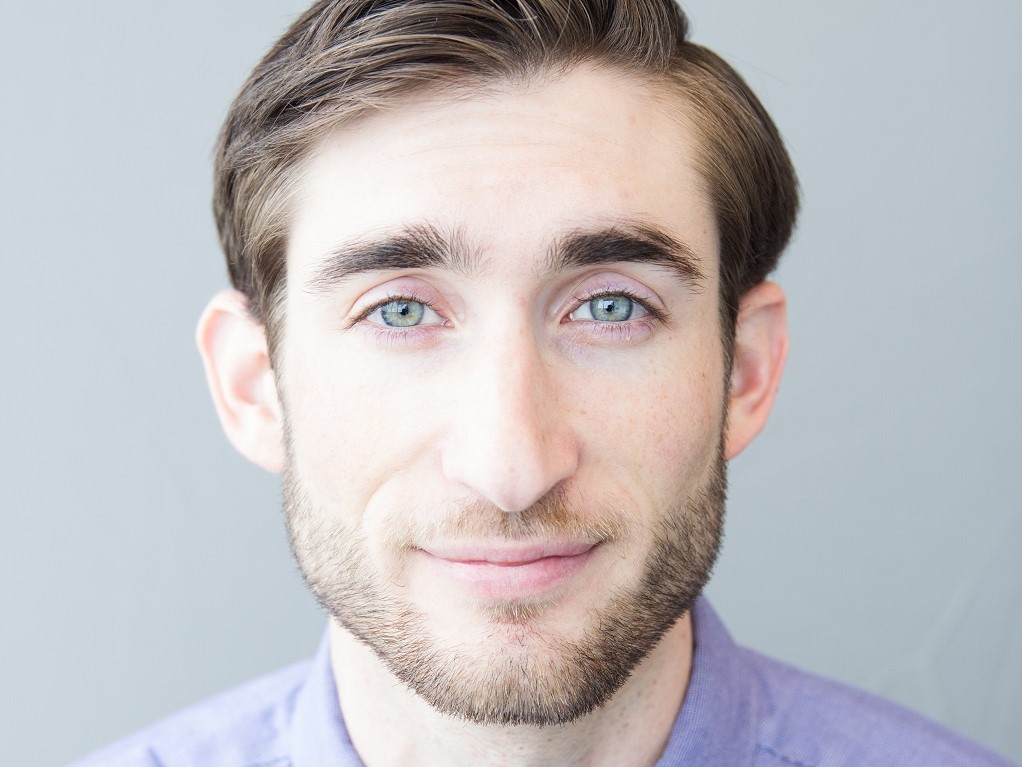 This working paper is part of a symposium hosted by the C. Boyden Gray Center for the Study of the Administrative State at George Mason University’s Antonin Scalia Law School titled Bureaucracy and Presidential Administration: Expertise and Accountability in Constitutional Government.

On October 7, 2021, the Council on Environmental Quality (CEQ) issued a notice of proposed rulemaking (NPRM) to revise its National Environmental Policy Act (NEPA) implementing regulations. Under President Biden, CEQ is proposing these changes to restore regulatory provisions that existed before the Trump administration modified them in 2020. This public comment briefly summarizes the background on CEQ’s NEPA regulations, offers feedback on two proposed revisions in the NPRM, and discusses how CEQ can align its NEPA regulations with analytical best practices.

DHS's Affidavit of Support on Behalf of Immigrants

DHS should supplement its NPRM with a revised regulatory impact analysis and reopen its public comment period on the proposal before moving forward with the rule. As crafted, the benefits of DHS’s NPRM are not likely to justify its costs.

This public interest comment begins by summarizing DHS's proposed rule "Collection and Use of Biometrics by U.S. Citizenship and Immigration Services," and discussing the statutory authority delegated to DHS. It then evaluates the department’s regulatory impact analysis, emphasizing the rule’s failure to comply with established requirements for regulatory analysis. Then, our comment argues that the rule’s 30-day comment period should be reopened to allow the public to have a meaningful opportunity to comment. We conclude by summarizing the key recommendations included in the comment.

The Department of Transportation (DOT) is proposing amendments to its Air Carrier Access Act regulation on the transportation of service animals by air, which would change DOT’s definition of a service animal. This public interest comment summarizes the rulemaking, evaluates the proposal’s key provisions and analysis, and makes recommendations for improving DOT’s analysis of its proposed action. We specifically emphasize the need for DOT to explicitly evaluate alternatives to its preferred option and highlight the importance of distinguishing transfers from social welfare effects.

The Council on Environmental Quality is proposing an update to its regulations for implementing the procedural provisions of the National Environmental Policy Act of 1969. Although the fundamental understanding of NEPA would remain the same under the revised implementing regulations, CEQ’s proposed rule implies both substantive and procedural changes that affect the extent to which environmental review informs agency decision-making processes. This public interest comment offers comments on CEQ’s NPRM by focusing on aligning NEPA with regulatory best practices, encouraging systematic regulatory analysis of the proposed rule, and addressing specific topics where CEQ invites comment.

This public interest comment responds to the Office of Management and Budget’s request for comment in two ways. First, the author focuses on the general implementation of EO 13771 accounting because it has significant implications for properly addressing the Marginal Excess Tax Burden issue. Second, the author offer comments on three of the topics specifically outlined by OMB.

The Department of Energy is proposing to update and modernize its current rulemaking methodology for establishing new or revised energy conservation standards and test procedures, called the “Process Rule.” While the agency has adhered to internal procedures for years, the notice of proposed rulemaking seeks to make those procedures binding on the agency. The proposed rule includes many important provisions and is largely a step in the right direction. This public comment focuses on eight areas of interest in the revised Process Rule, highlighting both beneficial changes and additional areas for improvement.

This comment makes recommendations for how the Council on Environmental Quality could improve its data collection methods, how to use those data to enhance retrospective review of National Environmental Policy Act regulations and their effect on industry and the environment, and where to increase transparency in its decision-making process.

This Regulatory Insight recaps ten important developments related to federal regulations that occurred in 2021. With the continued spread of COVID-19, regulatory responses to the pandemic are still an important theme throughout 2021, including several controversial vaccination requirements. The other themes reflect the Biden administration’s efforts to halt or undo Trump-era regulations during its initial year.

President Biden issued several notable executive orders reflecting new regulatory priorities and reversing Trump’s regulatory agenda. The Biden administration and its allies in Congress repealed many Trump-era rules, through the Congressional Review Act (CRA) or notice-and-comment rulemaking. Those cover changes to immigration policies, actions for facilitating access to medical treatment, regulations implementing the Fair Housing Act, and regulatory activities addressing environmental policy. Nevertheless, these changes were predominantly made using existing regulatory authorities, rather than stemming from new congressional legislation. In some instances, the courts are involved in adjudicating whether agencies have pursued revisions in a legitimate manner.

One plausible explanation for this trend is that federal agencies are crafting bigger rules over time, in terms of both page length and economic impact.

The Frequency of Regulatory Suspensions in the 21st Century

The Congressional Review Act is not the only mechanism that incoming presidential administrations have to reverse the regulatory agenda of the previous administration. In the case of regulatory rollbacks, the Biden administration has been actively using several options to reverse Trump-era rules, including withdrawals, regulatory suspensions, strategic responses to litigation, and other executive actions.

The Regulatory Reform Results for Fiscal Year 2019 are out, and OIRA is touting that regulatory agencies produced $13.5 billion in present value cost savings. Beyond the glossy highlights, however, are a few important “firsts” in implementation, such as total agency cost savings falling short of the government-wide targets.

On February 13, 2019, the Department of Energy (DOE) released a notice of proposed rulemaking (NPRM) that updates its internal rulemaking procedures for energy conservation standards, called the Process Rule. Policy analyst Mark Febrizio submitted a public comment on DOE’s proposed revisions to the Process Rule that focused on eight areas of interest in the revised Process Rule, highlighting both beneficial changes and additional areas for improvement. This commentary builds on the public comment by examining how the Process Rule connects with two broader concepts in regulatory policy—formalizing internal procedures and retrospective review.

A March 2019 Policy Research Working Paper for the World Bank Group examines how “business-friendly” regulations and their enforcement affect poverty at the country level. This review analyzes the paper’s main claims, examines its methodology, and recommends ways to make improvements. In its current form, the paper makes strong claims that are not fully supported by the results or methodology. Modifying the analysis could enhance the findings and expand the paper’s contribution to the literature on country-level determinants of poverty. Rather than offering a clear path forward to addressing poverty, the paper is better seen as a starting point for further research.

Just as in 2017, regulatory policy continued to be a focal point of 2018 with key actions ranging from proposed rules to one agency’s establishment of a new economics office to inform regulatory decisions. While not comprehensive, this Regulatory Insight highlights ten important developments related to regulation that occurred in 2018.

In November 2018, Canada released its Fall Economic Statement 2018, which addresses a number of regulatory reform initiatives. The document is a broad review of the progress Canada has made on government commitments, an evaluation of the country’s recent economic record, and a discussion of forward-looking initiatives focused on economic growth and innovation. As we look ahead to 2019, Canada’s report includes regulatory modernization efforts that may translate to the U.S. context.

November 27, 2018 | By: Mark Febrizio -- Originally published in The Regulatory Review

The economic foundations of Executive Order 12,866 underscore its continued importance in regulatory review.

The National Highway Traffic Safety Administration and the Environmental Protection Agency are evaluating comments on their proposed Safer Affordable Fuel-Efficient Vehicles Rule that sets Corporate Average Fuel Economy and carbon dioxide emission standards. Policy analyst Mark Febrizio summarizes a comment on the proposed rule submitted by Julian Morris on behalf of the GW Regulatory Studies Center, which argued that the proposal will save billions of dollars in economic costs, potentially decrease traffic fatalities, and is unlikely to have a significant negative effect on the environment.

OMB's Reform Plan and the Tradeoffs of Government Reorganization

In June, OMB published an organizational reform plan, offering more than 80 recommendations that detail government-wide and agency-specific changes. Although the plan’s goal to make government operations more efficient is a noble one, research and experience demonstrates that designing agency operations involves sometimes unavoidable tradeoffs. Streamlining operations can produce real benefits, but these may come at the expense of impeding an agency’s ability to formulate clear objectives and weakening measures in place to ensure services are delivered correctly. Thus, entering into any restructuring with a complete understanding of its ramifications is critical to realizing its objectives and promoting its durability.

This week marks the 25th anniversary of Executive Order 12866, Regulatory Planning and Review. This document, signed by President Clinton in 1993, built on orders from previous administrations to cement the regulatory principles and centralized review that continue to guide the rulemaking process today. Office of Information and Regulatory Affairs (OIRA) Administrators who led this review under presidents Clinton, Bush 43, Obama, and Trump gathered Monday at the George Washington University along with government experts and scholars to discuss why these principles and processes have withstood the test of time across changes in administrations and political parties.

Future of Regulation: Challenges and Opportunities from Emerging Technology

On September 12, the GW Regulatory Studies Center co-hosted an event with the Deloitte Center for Government Insights and the Trachtenberg School of Public Policy and Public Administration on the Future of Regulation. Experts from government agencies, think tanks, private sector companies, and universities discussed how emerging technologies are impacting traditional regulatory systems. This commentary highlights key themes from the event, including the importance of regulatory humility, the alternative regulatory tools available to agencies, opportunities for regulators to improve outcomes and compliance, and the challenges associated with regulating emerging technologies.

CEQ is considering revisions to its implementing rules for NEPA. This offers an opportunity for CEQ to align its NEPA regulations with regulatory best practices and improve data collection for conducting retrospective review. Better data collection would improve evaluation of the effectiveness of NEPA implementation. Data should be comparable across time and agencies and made publicly available. Agencies like DOE have already demonstrated that it is possible to collect and report such data, even if the methods of conveying the information to the public could be improved.