How Does the Spring 2014 Agenda Compare? 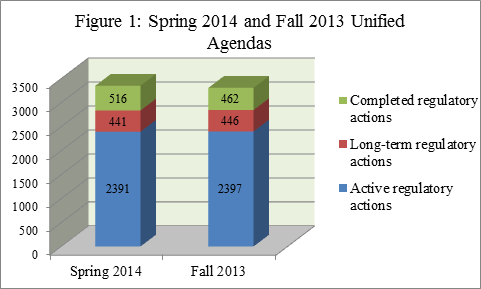 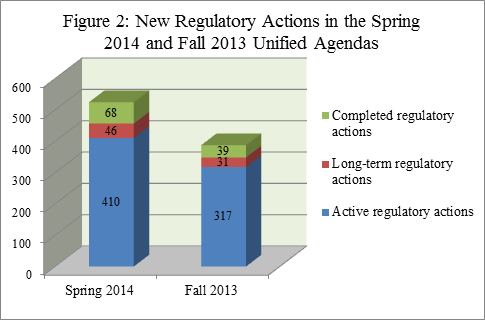 * According to Executive Order 12866, an “economically significant” regulatory action is one which has “an annual effect on the economy of $100 million or more or adversely affect in a material way the economy, a sector of the economy, productivity, competition, jobs, the environment, public health or safety, or State, local, or tribal governments or communities.”