Sunday, April 4th, was the deadline for members of Congress to introduce legislation under the Congressional Review Act to eliminate regulations issued towards the end of the Trump administration. The next relevant date is the Senate deadline for using fast-track authority to ensure filibuster-proof votes on these bills. The Democrat-led Congress has targeted six regulations for elimination including actions issued by: the Equal Employment Opportunity Commission, the Environmental Protection Agency, Treasury, Health and Human Services, the Social Security Administration, and the Securities and Exchange Commission. We will be tracking these actions as they move through Congress.

Congress had until April 4th to introduce resolutions of disapproval under the Congressional Review Act (CRA) to eliminate regulatory actions issued under the Trump administration as far back as August 21, 2020. This would prevent agencies from issuing future regulations that are “substantially the same” as the disapproved rule. Although the conventional wisdom suggested that Democrats were unlikely to use the CRA, members of Congress have introduced resolutions targeting six rules issued by agencies during the Trump administration. This legislative activity is consistent with our research findings that both parties have introduced resolutions of disapproval under the CRA when they were in the majority in Congress.

The next relevant deadline for congressional action involves the Senate action period. This is the window available to members of the Senate to exercise fast-track authority under the CRA to move resolutions through the legislative process without the threat of delay tactics—such as the filibuster. The final date for Senate action has yet to be determined since it is based on how often the chamber is in session. However, based on the Senate’s tentative schedule the deadline is likely sometime in the second half of May.

The Regulatory Studies Center is tracking the current resolutions of disapproval as they move through Congress.

The total number of disapprovals currently introduced is substantially less than the historic use of the CRA by Republicans in Congress just after President Trump took office. At the time, Congress used the CRA to eliminate 15 rules issued under the Obama administration. However, this is in keeping with the overall volume of resolutions introduced to date—where Democrats have introduced roughly 27 percent of all disapprovals since 1996. Figure 1 highlights how this difference is largely driven by the unprecedented volume of disapprovals introduced by Republicans in the 115th Congress. 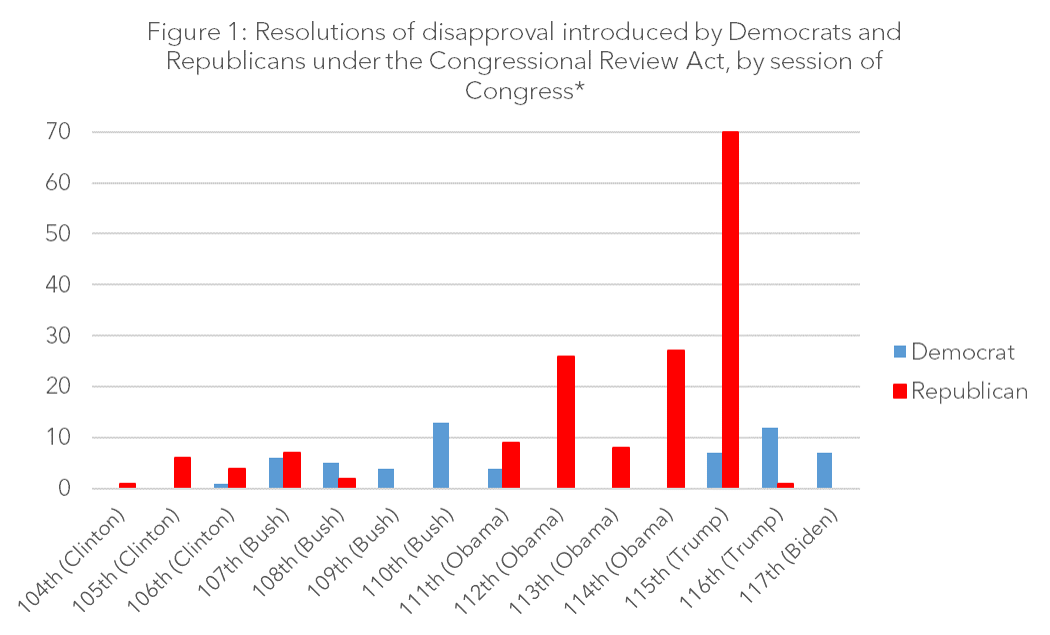 Table 1 lists all six regulations for which members of Congress introduced resolutions to disapprove Trump-era regulations. The final list is somewhat idiosyncratic given that the regulations do not share similar characteristics (i.e., they are issued by different agencies, with varying levels of significance, and are not all midnight rules issued during the last few months of the Trump administration).

Table 1: Resolutions of Disapproval Introduced to Date in the 117th Congress

Four of these resolutions relied on the CRA’s lookback provision, which allows the current session of Congress to exercise expedited oversight of rules issued in the previous session of Congress from August 21, 2020 to January 3, 2021. The resolutions target rules issued by the Environmental Protection Agency, the Department of the Treasury, the Securities and Exchange Commission, and the Social Security Administration.

Two of the resolutions target midnight rules issued during the current session of Congress. The Equal Employment Opportunity Commission issued its rule on January 14, 2021 modifying the agency’s procedures related to employee claims of discrimination in the workplace. The Department of Health and Human Services issued a contentious rule with the stated purpose of bolstering its retrospective review efforts by implementing a ten-year sunset provision for all regulations, regardless of significance. This rule is an economically significant midnight rule issued on January 19, 2021 after a quick turnaround from the agency’s proposed rule published on November 4, 2020.

Interestingly, members could have begun introducing resolutions of disapproval under the CRA in this session of Congress in early February, but the first disapproval was not introduced until March 23rd. In a piece for Brookings, we discuss several reasons why Democrats in Congress may have waited so long to begin exercising this regulatory oversight tool. For instance, a disapproval under the CRA that eliminates a rule also bars the agency from reissuing a rule that is “substantially the same” in the future—unless specifically mandated to do so by Congress. In practice, the meaning of “substantially the same” (or how the provision would be enforced) remains an open question, but some members of Congress might not have wanted to run afoul of this bar. They may have preferred the option of allowing agencies to instead build off their existing approaches but to a different degree (i.e., issue a more stringent standard). Nonetheless, we also suggest that some members might see the rulemaking bar as a feature rather than a bug—preventing future administrations from pursuing certain regulatory approaches. Other potential reasons for the late introductions this session include: the valuable commodity of floor time in each chamber, the number of other high priority agenda items (including impeachment hearings and Coronavirus relief), and the fact that many Trump administration rules have already been enjoined by courts.

Finally, although resolutions under the CRA only require a simple majority vote to pass, Democrats only have a bare majority in the Senate—where passage could require agreement among all 50 Democrats and the Vice President as a tie breaker. The alternative would require Republicans to cross the aisle and eliminate regulations they also find problematic. Either way, this potentially narrows the scope of regulations likely to be eliminated using the CRA. Regardless of the outcome in this session of Congress, our research indicates that the CRA will continue to be a relevant tool of regulatory oversight in the future.