Forty years ago, President Carter signed two landmark pieces of legislation that largely eliminated federal control over prices, entry, and exit in the interstate trucking and freight rail industries. The Motor Carrier Act, signed on July 1, 1980, removed restrictions on the routes individual trucking companies could serve, deregulated trucking rates, and ended the industry practice of colluding on rates through rate bureaus. The Staggers Rail Act, signed on October 14, 1980, deregulated most rail rates, allowed railroads and shippers to negotiate unregulated contract rates, and made it easier for railroads to end unprofitable service and shed excess capacity.

The GW Regulatory Studies Center commemorated the 40th anniversary of surface freight deregulation with three panel discussions featuring firsthand accounts from individuals involved in the reforms and assessment from scholars who studied their effects. Two moderated panel discussions – one describing how regulatory reform happened, and the other describing its effects – are pre-recorded and available for viewing. A third discussion session brings back all of the panelists for a live online session in which audience members can pose questions to the panelists.

A Model for Bipartisan Cooperation

This year marks the 40th anniversary of the Motor Carrier Act and the Staggers Rail Act. They are noteworthy for three reasons: (1) The economic benefits were enormous, (2) There is a strong scholarly consensus on the effects, and (3) There was significant bipartisan agreement and policy continuity.

In this Commentary, Dr. Ellig considers each in turn with hopes that we can make such cooperation happen again.

Effect of Deregulation on Labor Markets

Effect of Deregulation on Labor Markets

The rail and trucking deregulation forty years ago influenced their respective labor markets in important but different ways.

Overall, both laws achieved much of their intended purpose: trucking became competitive and unregulated, and railroads generally became financially healthy.

Staggers Rail Act of 1980 - Declares that the goals of this Act are: (1) to assist in rehabilitating the Nation's rail system to meet the demands of interstate commerce and national defense; (2) to reform Federal regulatory policy so as to preserve a safe and efficient rail system; (3) to assist the rail system to remain viable in the private sector of the economy; (4) to provide a regulatory process that balances the needs of carriers, shippers, and the public; and (5) to assist in the rehabilitation and financing of the rail system.

Motor Carrier Act of 1980 - Amends the Interstate Commerce Act to direct the Interstate Commerce Commission to issue a certificate authorizing a person to provide transportation as a motor common carrier of property if the Commission determines that such transportation is consistent with the present or future public convenience and necessity. Sets forth the factors the Commission should consider in making such a determination, including the evidence of public support and the quality of available service.

Panel One: How Regulatory Reform Happened

Regulatory reform enjoyed diverse support from presidential administrations and legislative leaders in both political parties, a broad swath of business and public interest groups, and the regulators themselves. This panel will discuss the impetus for and implementation of deregulatory reforms.

"At the passage of the Staggers Rail Act, most observers expected that rail rates would rise substantially and that excess rail capacity would be abandoned. Competition drove rates down and public pressure slowed the abandonment process. The sale of excess rail capacity created a healthy short-line industry and indirectly drove a reduction in manning levels for all North American railroads. The increase in railroad productivity was astounding. We now have a financially strong rail industry."

Craig Keats joined the Interstate Commerce Commission (ICC) in 1973 and served as an advisor to Chairman Dan O’Neill (1976-1980).

Keats started with the ICC in 1973, and he worked on the staff of Chairman Dan O’Neal from 1976 through 1980, where he experienced from the inside how the ICC decided cases in the run-up to Staggers and the Motor Carrier Act. Keats joined the General Counsel’s Office in 1980, where he defended several of the agency’s decisions implementing both laws. Keats graduated from Brown University and Boston University School of Law.

Darius Gaskins served as chairman of the ICC from 1980 through 1981, where he pursued administrative deregulation and supported passage of the Motor Carrier Act. He also held numerous positions in other federal agencies, where he was involved in deregulation and/or regulatory reform related to airlines, antitrust, consumer protection, oil leasing, and oil price decontrol. From 1985-1989, he served as president and CEO of the Burlington Northern Railroad. He has a Ph.D. in economics from the University of Michigan.

Will Ris served as the Senate Committee on Commerce, Science, and Transportation’s chief legal counsel on transportation deregulation legislation from 1978-1983. He recently retired after 20 years as senior vice president for government affairs at American Airlines.

Dorothy Robyn is the author of Braking the Special Interests: Trucking Deregulation and the Politics of Policy Reform (University of Chicago Press, 1987). During the Obama administration, she served as deputy undersecretary of Defense with responsibility for U.S. military bases and related energy and environment issues, and then as head of the U.S. General Services Administration’s Public Building Service. She served eight years in the Clinton administration on the staff of the White House National Economic Council.

Dr. Robyn was a principal with The Brattle Group, where she co-authored Brattle’s widely cited 2002 study on the benefits of a fully liberalized U.S.-EU aviation market, and advised the Bush White House on flight delays and air traffic control reform

Dr. Robyn has a Ph.D. from the University of California, Berkeley, where she also earned her Master's of Public Policy.

"Overall, both laws achieved much of their intended purpose: trucking became competitive and unregulated, and railroads generally became financially healthy."

The effects of the Staggers Act and the Motor Carrier Act on the transportation industry, shippers, consumers, and workers have been the subject of extensive empirical study. Although economists are famous for disagreement, the empirical research shows a remarkable amount of consensus about the results of these reforms. In this panel, four economists who have studied these reforms will discuss their effects.

Clifford Winston is an applied microeconomist who has published numerous retrospective analyses of the effects of railroad, trucking, and airline deregulation. His most recent book is Autonomous Vehicles: The Road to Economic Growth?

Dr. Winston received his Ph.D. in economics from U.C. Berkeley in 1979.

Dr. Winston has authored numerous books and has also been co-editor of the annual microeconomics edition of Brookings Papers on Economic Activity. Prior to his fellowship at Brookings, he was an Associate Professor in the Transportation Systems Division of the Massachusetts Institute of Technology's Department of Civil Engineering.

Professor of Economics, University of Oregon

Wesley W. Wilson has published widely in the areas of transportation, industrial organization, trade, labor, agriculture and applied econometrics and consulted for several federal agencies, including the Surface Transportation Board, Army Corps of Engineers, and Department of Agriculture. In 2013, he was named to the National Academy of Sciences Committee for Study of Freight Rail Regulation, which published its report in 2015.

Professor of Economics, University of Wisconsin-Milwaukee

James Peoples has published extensive empirical research on the effects of transportation deregulation in labor markets, including its effects on racial discrimination.  He has served as president of the Transportation and Public Utilities Group (TPUG) of the Allied Social Sciences Association and is currently secretary of TPUG.

Dr. Peoples is a Professor of Economics at the University of Wisconsin-Milwaukee and received his Ph.D. in economics from the University of California at Berkeley. He is also an editorial board member of Transport Policy as well as the series editor of Advances in Airline Economics. His current research interests include analysis of production efficiency for different modes of freight transportation.

Jerry Ellig has published research on the effects of economic deregulation. He served from 2013-15 on the National Academy of Sciences Committee for Study of Freight Rail Regulation.

Dr. Ellig received his Ph.D. and M.A. in economics from George Mason University.

From April 2007 through January 2009, Professor Dudley served as the Presidentially-appointed Administrator of the Office of Information and Regulatory Affairs in the U.S. Office of Management and Budget and was responsible for the review of draft executive branch regulations under Executive Order 12866, the collection of federal-government-wide information under the Paperwork Reduction Act, the development and implementation of government-wide policies in the areas of information policy, privacy, and statistical policy, and international regulatory cooperation efforts. 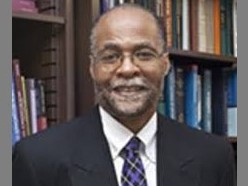 "The rail and trucking deregulation forty years ago influenced their respective labor markets in important but different ways."

All of our previous panelists joined us to answer the follow-up questions we received from our first two panels.