The COVID-19 pandemic is hitting the economy hard, as market lockdowns and social distancing orders are disrupting business operations and labor markets. Yet a variety of uncertainties induced by this public health crisis are worsening the economic impact of the pandemic.

The latest data show that uncertainty surrounding government policies reached a historical peak during the past two months. Uncertainty specifically around regulatory policy had a more modest increase compared to other sources of policy uncertainty, but its response may just be temporarily muted by other more immediately salient policies. Increased uncertainty suppresses hiring, R&D, new business formation, and human capital investment. If the rising policy uncertainty persists, the economy may take a prolonged time to recover.

Uncertainty generally means people’s inability to predict the future. Policy uncertainty involves not only what new policies will emerge, but also how current policies will be interpreted, enforced, and changed. Because policy responses to this unprecedented pandemic are subject to numerous unknown factors (e.g., the spread of the virus, the development of effective vaccines, political decisions, etc.), uncertainty is now particularly relevant. 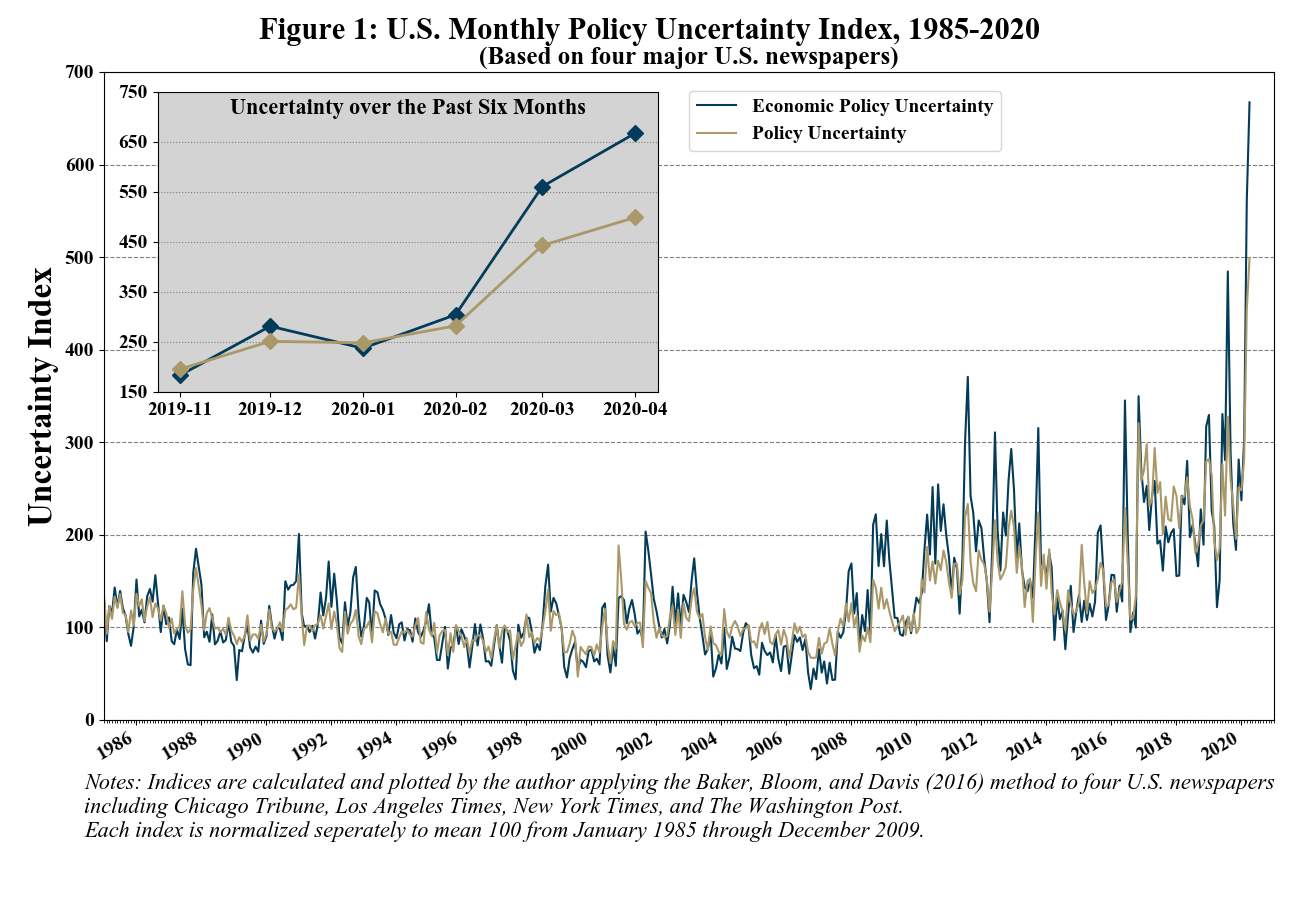 Why does increased uncertainty matter? Economic research on business cycles has suggested that uncertainty is strongly countercyclical, meaning that it rises during recessions and falls in booms. While recessions may cause uncertainty to increase endogenously, greater uncertainty can also drive economic slowdown through various channels. One mechanism in which an uncertainty shock can negatively affect economic activity is the “real options” effect, which is also intuitively referred to as the “wait-and-see” effect.

For example, a pharmaceutical company may have the option to invest in the development of a new drug; however, if the company is uncertain about whether the drug would be approved to enter the market by the Food and Drug Administration (FDA), it may prefer to wait until some certainty is achieved. As such, a rise in uncertainty can make firms more cautious about their investment and hiring decisions, especially when the decision cannot be easily reversed. Similarly, uncertainty can postpone household consumption of durables such as housing, automobiles, or home appliances. In aggregate, increased uncertainty leads to significant falls in hiring, investment, consumption, and output in the economy.

This economic effect applies to the current COVID-19 related uncertainty shock. Using an estimated model of disaster effects, a recent study finds that the pandemic implies a year-on-year contraction in U.S. real GDP of 11 percent, with half of the contraction caused by COVID-induced uncertainty. 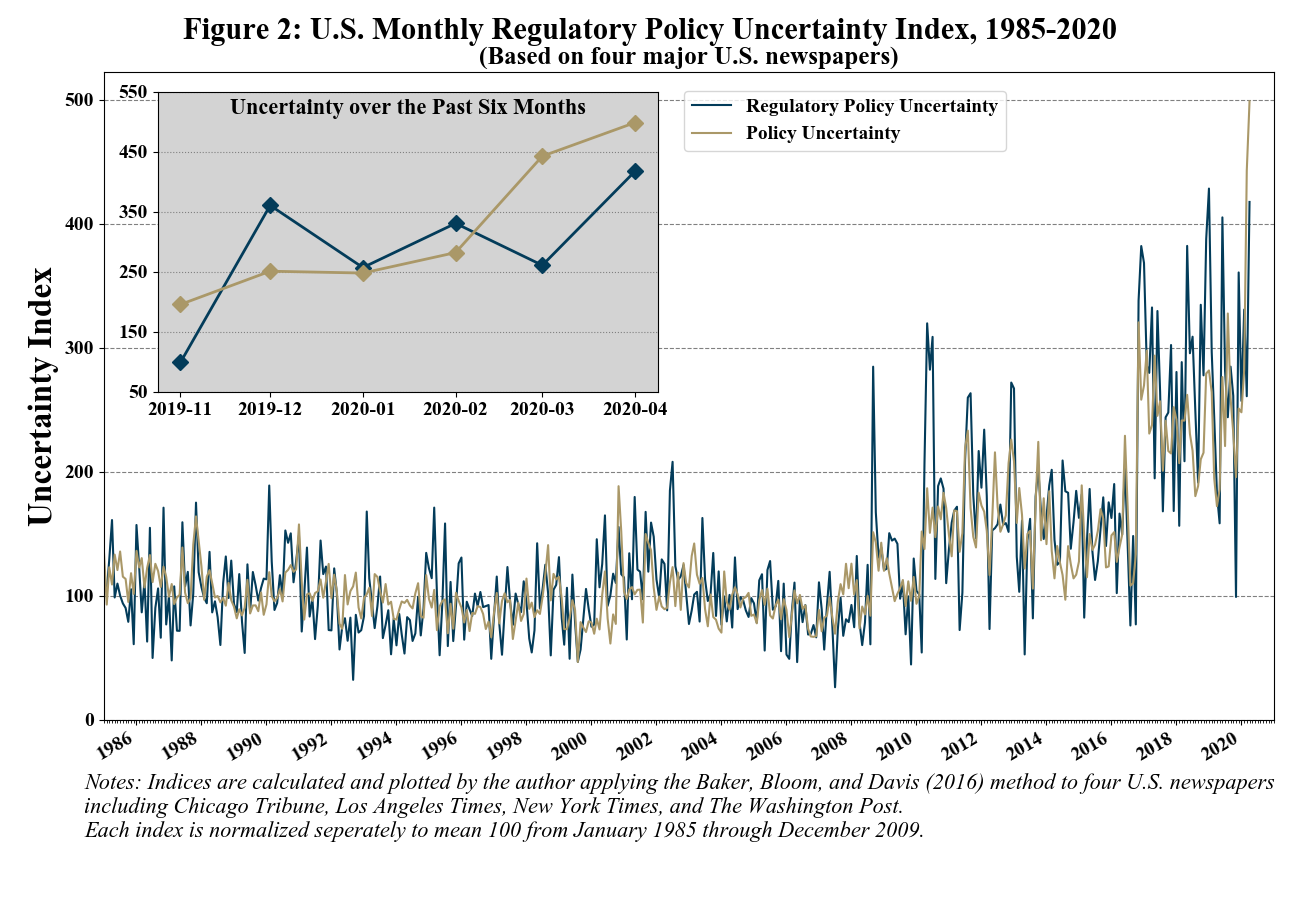 [The data and Python script for graphs in this commentary are available in this Github folder.]

[2] The four newspapers used in the replication include Chicago Tribune, Los Angeles Times, New York Times, and The Washington Post.