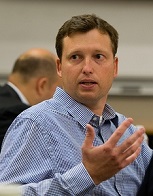 This working paper is part of a symposium hosted by the C. Boyden Gray Center for the Study of the Administrative State at George Mason University’s Antonin Scalia Law School titled Bureaucracy and Presidential Administration: Expertise and Accountability in Constitutional Government.

This paper explores the role that the regulatory impact analyses (RIAs) that agencies are required to prepare for important proposed rules play in decisions by courts about whether these rules should be upheld when they are challenged after promulgation. The results suggest that better RIAs are associated with lower likelihoods that the associated rules are later invalidated by courts, provided that the associated agency explains how it used the RIA in its decision-making. When the agency does not describe how the RIA was utilized, there is no correlation between the quality of analysis and the likelihood the regulation will be invalidated. An explanation of the RIA’s role in the agency’s decision also appears to increase the likelihood that the regulation will be invalidated by inviting an increased level of court scrutiny, and as a result, the quality of the RIA must be sufficiently high to offset this effect.

Policymakers face demands to act today to protect against a wide range of future risks, and to do so without impeding economic growth. Yet traditional analytical tools may not be adequate to frame the relevant uncertainties and tradeoffs. Challenges such as climate change, nuclear war, and widespread natural disasters don't lend themselves to decision rules designed for discrete policy questions and marginal analyses. We refer to such issues as "uncertain futures."

Organizational Process, Rulemaking Pace, and the Shadow of Judicial Review

This article in the Public Administration Review journal examines the relationship between how agencies organize their rulemaking routines and the resulting rules.

Unpacking the Effects of Competing Mandates on Agency Performance

Public administration scholars and practitioners uniformly agree that saddling agencies with multiple mandates breeds dysfunction and impedes performance. However, less is known about the mechanisms by which combining purposes has these effects. This study of a broad set of U.S. federal agencies finds support for the conventional wisdom by showing that agencies balancing greater numbers of programs perform worse. The analysis further suggests that such organizations struggle largely because they are more likely to be forced to simultaneously adopt conflicting stances toward program targets. Moreover, when programs force agencies into conflicts in which they are asked to both support and restrain the same target, the resulting uncertainty among personnel regarding agency priorities helps explain why operations are negatively impacted. Thus, it is not simply that accumulating missions impedes agency performance but rather how those competing mandates interact that can define whether an agency will struggle to achieve its objectives.

Following the Gulf oil spill and US housing meltdown, policy-makers revamped the associated administrative infrastructure in an effort to sharpen each agency’s focus, based on the perspective that asking an organization to fulfill competing missions undermines performance. Using a formal model, I demonstrate that priority goal ambiguity introduced when an agency balances multiple roles does have detrimental effects. Yet, assigning competing missions to one organization can be better than separating them, as the underlying tasks supporting the goals may require coordination. In fact, it is precisely when ambiguity becomes more debilitating that the importance of coordination intensifies. Moreover, if the bureau is misinformed about which goals are more valued politically, fostering uncertainty in agencies charged with multiple goals can even be beneficial. The article thus describes how such organizations function and why these arrangements persist, demonstrating that structural choices impact behavior even when agencies and overseers agree on policy objectives.

Consumer’s Guide to Regulatory Impact Analysis: Ten Tips for Being an Informed Policymaker

Regulatory impact analyses (RIAs) weigh the benefits of regulations against the burdens they impose and are invaluable tools for informing decision makers. We offer 10 tips for nonspecialist policymakers and interested stakeholders who will be reading RIAs as consumers.

What’s wrong with the back of the envelope? A call for simple (and timely) benefit–cost analysis

Observers across the ideological spectrum have criticized benefit–cost analysis for as long as it has been part of the rulemaking process. Still, proponents and detractors agree that analysis has morphed into a mechanism often used by agencies to justify regulatory decisions already made. We argue that a simpler analysis of more alternatives conducted earlier in the regulatory process can resuscitate it as a tool to inform policy. Recognizing that requiring a procedure does not ensure that regulators will follow it, we offer possible remedies, including strengthening or relaxing subsequent review of proposed rules, which raise the cost of circumventing the reform or lower the cost of following it.

Historically, regulators have relied on a select number of strategies in designing and enforcing rules to carry out their statutory authority. Yet, in reality, a wide range of options exists which regulators can use to tailor their regulatory programs to their particular circumstances. Solving regulatory problems involves considering how to design the regulatory program as well as how to enforce that program once it is in place. This paper considers the substantial diversity that exists both in the regulatory instruments that can be used to achieve regulatory goals and the various ways that regulators might choose to ensure regulatory entities respond to regulatory demands once they are in place.

Structuring Regulators: The Effects of Organizational Design on Regulatory Behavior and Performance

In the search for explanations for three of the most pressing crises of the early twenty-first century (the housing meltdown and financial crisis, the Gulf oil spill, and the nuclear disaster at Fukushima), commentators pointed to the structure of the regulatory agencies charged with overseeing the associated industries, noting that the need to balance competing regulatory and non-regulatory missions undermined each agency's ability to be an effective regulator. Christopher Carrigan challenges this critique by employing a diverse set of research methods, including a statistical analysis, an in-depth case study of US regulatory oversight of offshore oil and gas development leading up to the Gulf oil spill, and a formal theoretical discussion, to systematically evaluate the benefits and concerns associated with either combining or separating regulatory and non-regulatory missions. His analysis demonstrates for policymakers and scholars why assigning competing non-regulatory missions to regulatory agencies can still be better than separating them in some cases.

As millions of Americans struggle to find work in the wake of the Great Recession, politicians from both parties look to regulation in search of an economic cure. Some claim that burdensome regulations undermine private sector competitiveness and job growth, while others argue that tough new regulations actually create jobs at the same time that they provide other benefits. Does Regulation Kill Jobs? reveals the complex reality of regulation that supports neither partisan view. Leading legal scholars, economists, political scientists, and policy analysts show that individual regulations can at times induce employment shifts across firms, sectors, and regions—but regulation overall is neither a prime job killer nor a key job creator. The challenge for policymakers is to look carefully at individual regulatory proposals to discern any job shifting they may cause and then to make regulatory decisions sensitive to anticipated employment effects. Drawing on their analyses, contributors recommend methods for obtaining better estimates of job impacts when evaluating regulatory costs and benefits. They also assess possible ways of reforming regulatory institutions and processes to take better account of employment effects in policy decision-making.

Does Regulation Kills Jobs? tackles what has become a heated partisan issue with exactly the kind of careful analysis policymakers need in order to make better policy decisions, providing insights that will benefit both politicians and citizens who seek economic growth as well as the protection of public health and safety, financial security, environmental sustainability, and other civic goals.

Agencies can do more to disclose input on regulatory alternatives during notice-and-comment processes.

OMB's Reform Plan and the Tradeoffs of Government Reorganization

In June, OMB published an organizational reform plan, offering more than 80 recommendations that detail government-wide and agency-specific changes. Although the plan’s goal to make government operations more efficient is a noble one, research and experience demonstrates that designing agency operations involves sometimes unavoidable tradeoffs. Streamlining operations can produce real benefits, but these may come at the expense of impeding an agency’s ability to formulate clear objectives and weakening measures in place to ensure services are delivered correctly. Thus, entering into any restructuring with a complete understanding of its ramifications is critical to realizing its objectives and promoting its durability.

Although federal law specifies procedures and requirements for agencies to consider public feedback in how they design their rules, the ways in which they plan for and develop these rules internally is largely a “black box” which is far less understood by this same public, or even scholars for that matter. Yet, as a recent GW Regulatory Studies Center working paper by Christopher Carrigan and Russell Mills demonstrates, agencies can employ very different decision-making configurations to administer their internal rulemaking processes, which can have important effects on the character and timing of the resulting rules.

Informing the Debate over Regulation’s Impact on Jobs

Few have had as much influence on my development as a researcher as Professor Wilson.